Tradition ia we have to have some blacked eyed pea for the new year. So we went ti Walmart last night to grabbed some. Whilst we were there, B overheard a couple where the wife got pretty upset with her husband as they could not find any canned black eyed pea on the shelf. He could not believe that she got pretty mad about it. Not to worry when you have Instant Pot as your secret weapon. Who needs canned stuffs when you can make it from those hard raw beans fast. We grabbed a bag of the beans. I presoaked my beans since we have the time. Cooked them in with my ham, onion, oregano, bayleaf, salt, pepper for 30 minutes. Then let the pressure down naturally. Add carrots and kale, cook again for 3 minutes and we are done.

So many traditions. We had one which I believe was passed on as my Chinese descent tradition. On December 22, which is mother’s day in indonesia, where I was born and raised, we have to eat these cute little balls made if glutinous rice flour boiled and them served with a lemon gingery syrup. It usually comes in white, red and green color. Though these days people are so crafty. What was told before not to play with your food is no longer apply. I saw people make this glutinous dough into fun animal shapes instead of just a simple little balls. Which what I decided to do. Been over 10 years since I moved to Texas, I have never try to even make this. But last year, 2016, I decided to give it a try. Thought my boys not gonna like it. I made just a little. I was wrong,  they actually enjoyed that as well. 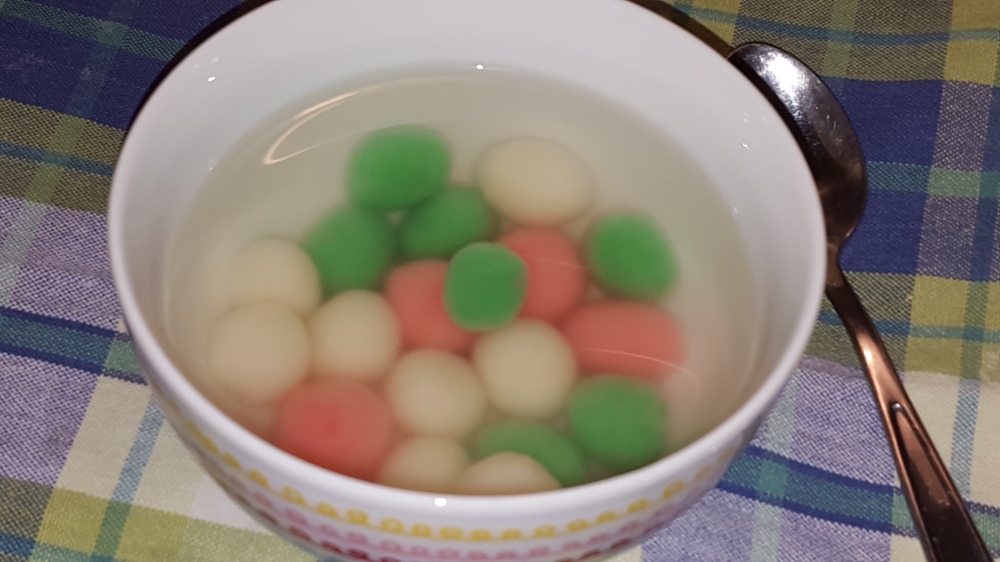 Busy month December through February. Another thing that we always have for special days is the layer cake. We call it lapis legit. There’s also a three layers one, lapis surabaya. They both made of 30 to 45 egg yolks and tons of butter with very little flour and some sugar. The lapis legit has some spices added to it, speculas made of a mixture of cinnamon, clove,  cardamom,  nutmeg and allspice. It’s  made by baking layer by layer, 2 -4 tablespoonfuls batter for each layer. The baking process could take 3 to 4 hours. Hideous it is. But it worth all the works. People sell this lapis legit a lot of bucks. The good one could sold for 2 million Indonesian rupiah or like $200 for an 8″ size cake. Since it is so rich, we served thin slices of this cake. Trust me, it is good. This kind of cake that taste even better after few days.

The 3 layers one originally made by sandwiching the chocolate layer in between the vanilla. Though the creative bakers make so many different variance to this cake. There’s green tea or pandan flavor instead of chocolate, there’s the lapis legit in between the vanilla layers. There’s orange flavor. The sky is the limit actually. If it’s not because the amount of yolks being use to make this cake, I would be slaving in my kitchen making and testing different variations.

It is very common in Indonesia to use this 3 layers lapis surabaya as the base for birthday or wedding cake, like the birthday cake I made last night for one of my friend’s son. 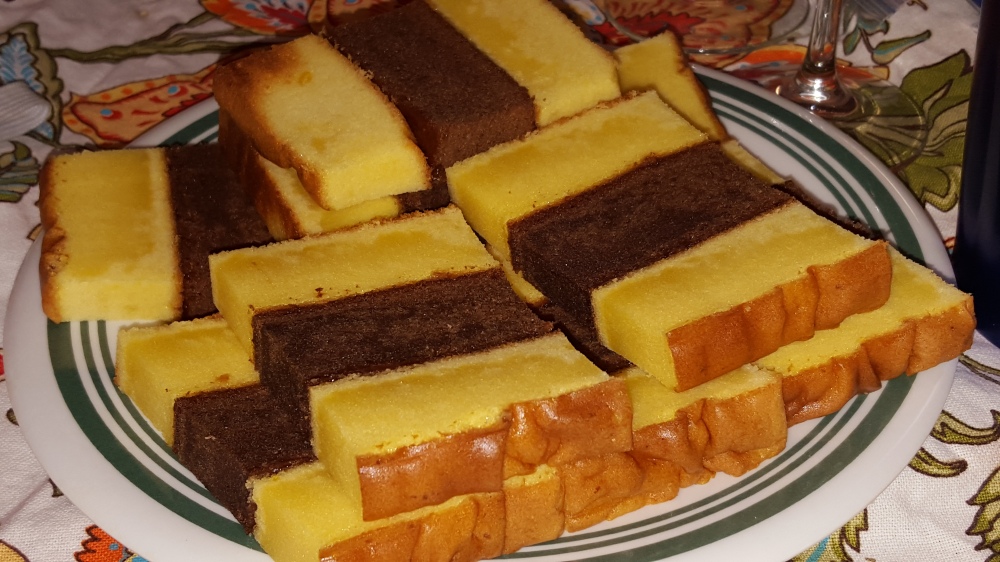 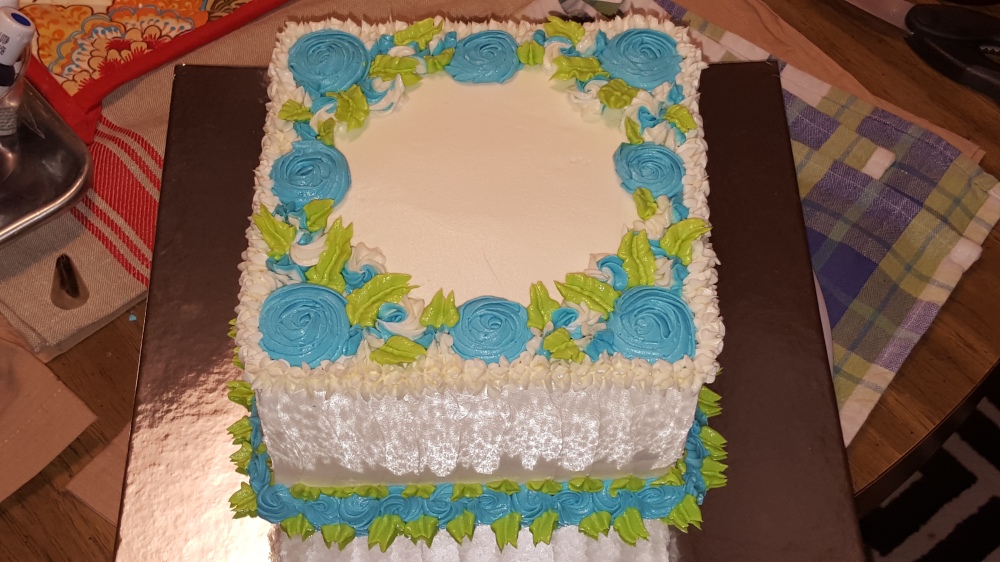 I love traditions. Don’t you?